This one isn’t just an app or a social media platform. Fitbit tracks your steps and movement – much like a pedometer (but way cooler). It requires the purchase and of a Fitbit and wearing it in your day-to-day life.

I chose and recommend the Fitbit Flex – this is the wrist band version. There are other companies offering similar products such as Jawbone Up, Samsung Gear Fit and Nike+ Sportband – it is a booming market. I chose Fitbit as I found a larger number of my friends (and followers on Twitter) use Fitbit.

I wear my Fitbit Flex wristband every day and it counts my steps. I then sync it with my phone or computer to the Fitbit website to track the number of steps I have taken – and compete with friends (and one Fitbit-wearing cat Java). 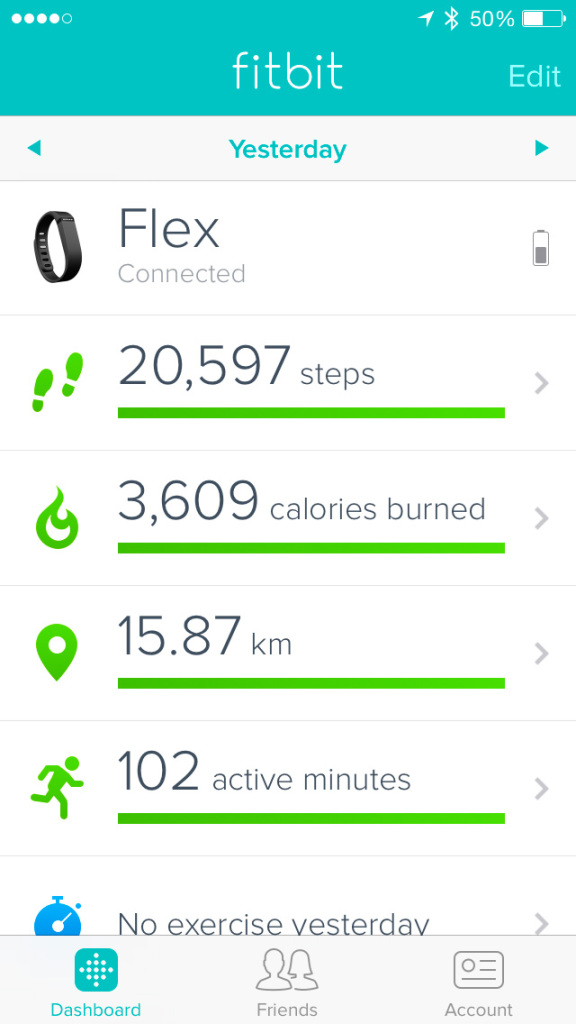 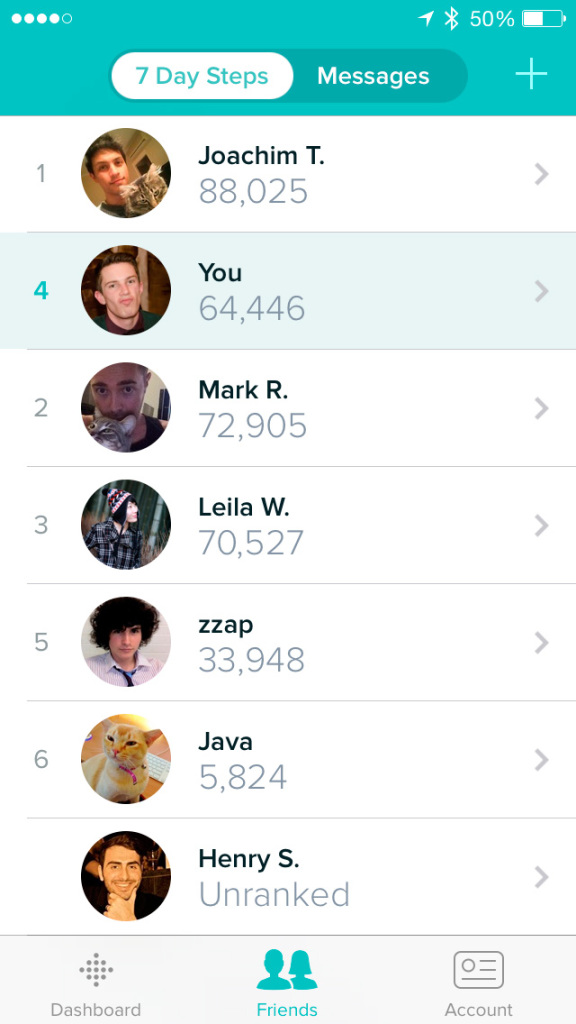 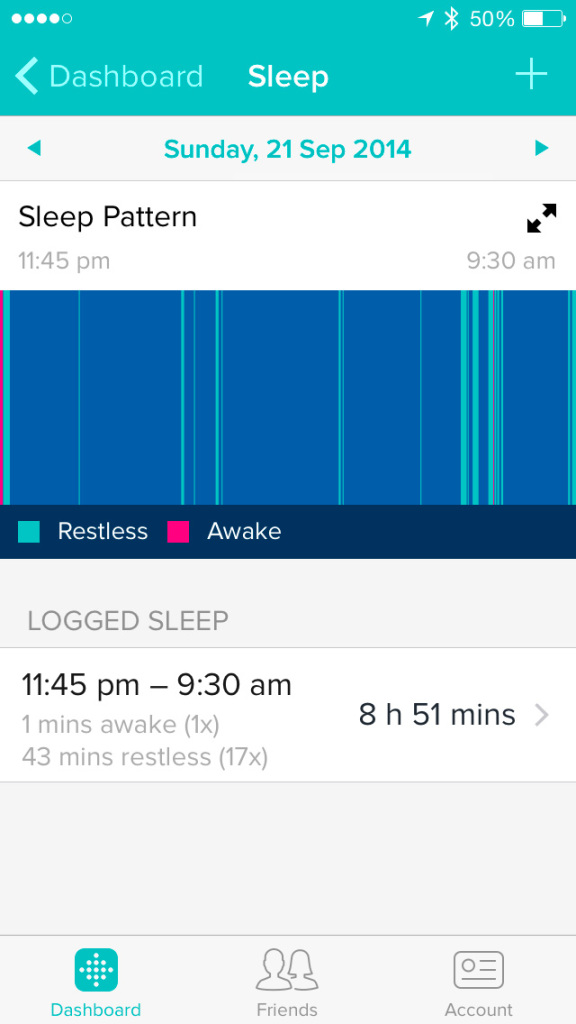 There are buttons to “cheer” and “taunt” your friends as you compete. Several people I follow on Twitter tweet out their daily or weekly Fitbit summary (automatically setup through the app).

You can also track your sleep – and view a report on how sound you slept (but I usually forget to activate that function at night). The bands vibration feature can also be used to silently and gently wake you up from sleep, or a power nap.

It is amazing to see all the data that my movement can generate – the active days, less active days. I have taken my Fitbit around Canada, to Australia and through Europe (and now sport a Fitbit tan on my left wrist). My steps have been tracked since June 24, 2013 – over five million steps.

So why count steps?… Well, why not? Seeing those numbers, there is no denying how active you have been in a day. I average 12,000 steps per day, which sounds like a lot, but compared to some users it doesn’t seem as impressive. A friend working in retail would easily double my number of steps on a working day.

I can see huge potential for interesting integrations and use of this data, between apps like Fitbit and Swarm. I would love to see reports on many steps I took between each Swarm check-in. This information could then be used in ways to suggest improvements in a users activity and step count. For example, suggesting walking home after that check-in at your favourite Sunday afternoon café instead of taking the bus.

Apple has recently launched its “Health” app as a standard on iOS 8. It brings together data from apps like Fitbit (although it isn’t supported yet) to provide you health reports, tracking and summaries. I am looking forward to the new wave of apps that will launch as a result.

Fitness apps and health tracking is becoming the next big thing in tech and social media. I am excited to be onr of the early-adopters, I can’t wait to see what is next.

Find me on Fitbit

I have one more fitness app to share with you in my next posting. 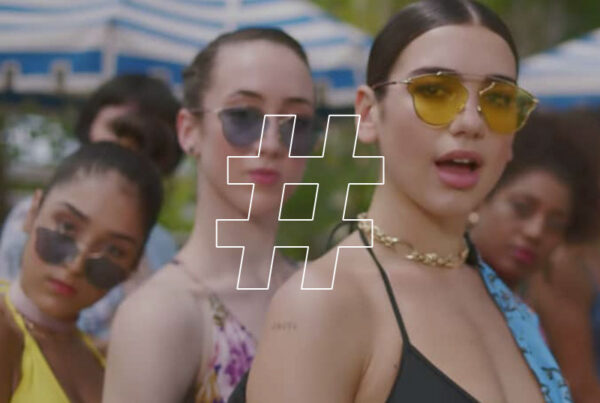 New rules for hashtags to boost your Instagram strategy 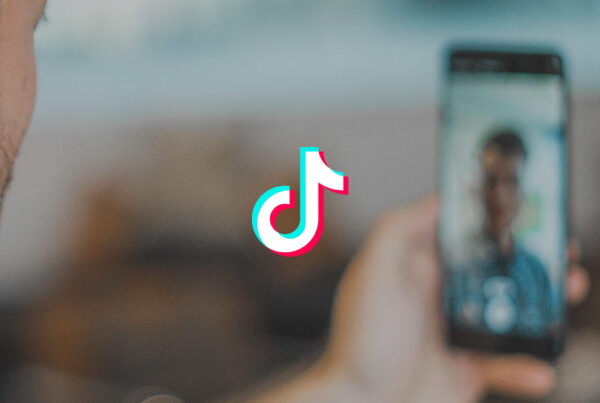 Design and marketing TikTok accounts you need to follow 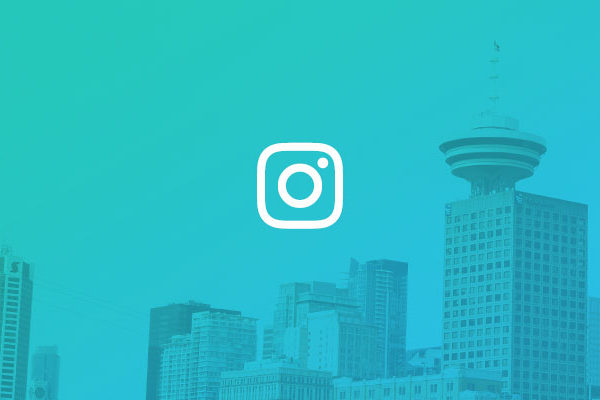 The ultimate guide to Instagram hashtags for Vancouver business

I respectfully acknowledge that I live and work on the unceded territory of the Coast Salish, səl̓ilwətaɁɬ təməxʷ (Tsleil-Waututh), Skwxwú7mesh-ulh Temíx̱w (Squamish), S’ólh Téméxw (Stó:lō), Stz'uminus, and xʷməθkʷəy̓əm Nations.